5 False Beliefs That are Holding You Back

Sometimes we are our own worst enemy. We allow the clouds of false beliefs to cloud our minds, block our sunshine and hold us back. Have you ever gotten a small pebble in one of your shoes? Even though it’s tiny, it’s still very uncomfortable. The pebble won’t stop you from walking, but it is a problem. The first chance you get, what do you do?  You stop, take off your shoe remove the rock and throw it far away. Sometimes our beliefs are like a pebble in our shoe as we go on our walk through life. We must be ready and willing to eliminate faulty reasoning. The only person who can truly hold you back is yourself. Here are five wrong beliefs that are holding you back.

When starting a new project or making a significant change in life, we can never be completely ready for every single possibility. Although we may make plans and try to anticipate every single thing that can go wrong, sometimes unexpected things happen. The Boy Scouts motto is excellent, “Be prepared”. Also, be aware that it’s possible to over plan. I can just about guarantee that you will have to make adjustments to any plan once you put into motion. A rigid and, inflexible plan is a recipe for disaster. The way Super Bowl 49 ended is a perfect example.

After the game, Seattle faced heavy criticism for their decision to call a pass play on second and goal from the 1-yard line with 26 seconds and one timeout left instead of a rushing play. “I can’t believe the call,” Collinsworth said after the play was run. “You have Marshawn Lynch. You have a guy who’s been borderline unstoppable. … If I lose this Super Bowl because Marshawn Lynch can’t get into the end zone, so be it. So be it. I can’t believe the call.

Winston Churchill once said, “Plans are of little importance, but planning is essential.” If we put off starting  something until we have ideal conditions, we will never do anything 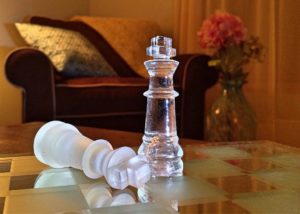 While this may be true in some cases. Whenever I hear this, I think of just how many things have changed since I was a kid. The T.V. shows I watched as a toddler were on a black and white T.V. and the it worked fine, as long as you adjusted the antenna to catch the strongest signal. The telephones we used when I was a teenager also worked fine. They were not broken either. There were no computers, Ipads or Ipods. We listened to music with record players, 8 Tracks, and cassette players, and we thought that was good. When car companies started to put disc players into cars, it was incredible. When you say if it’s not broke, don’t fix it; what you’re really doing is maintaining the status quo on the grounds that it worked fine in the past. This is a dangerous way to think if your goal is being creative and coming up with new ideas to improve your life.

Another way we ambush ourselves. Give me one good reason you should care what other people think when it come to you and your life. We must always be considerate of how our actions will affect others because we do nothing in a vacuum. For instance, our decisions can impact our families for good or bad. But people being people, you set yourself up for failure when you gauge your success or failure on what others think or say. Nothing in life worthwhile ever comes without risks. One thing to remember is that in order to fall, you have to be standing up in the first place. You can’t fall if you’re already on the ground. The important thing is not that you fell. The important thing is that you get back up. I know that this is true is true from my own personal experiences.  Each time you get back up you will learn a little more and before you know it you will be walking without worrying about falling. Anyone who is a true friend will help you if you fall. They won’t call you stupid. We can’t let others paralyze us into inaction. 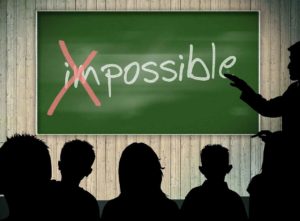 You have to have money to support your family, so don’t misunderstand where I’m going here. The Bible states in 1 Timothy 5:8,  Anyone, who does not provide for their relatives, and especially for their own household, has denied the faith and is worse than an unbeliever. There is a point though, where your pursuit of money becomes harmful to your pursuit of happiness. In September 2010, The Wall Street Journal blogged about study that examined the link between money and happiness. That study concluded that after a salary of about $75.000 a year; people’s day-to-day happiness no longer improves. Cities with a high cost of living, like Los Angeles, New York or San Francisco will take more money, but this was the average amount in 2010. So the question is, when is enough, enough? Money can make you comfortable, but you can’t buy happiness. All you have to do is look at some of the big lottery winners. Have you ever heard of athletes who although blessed with incredible physical skills and riches but are now broke. Having a lot of money and material possessions is okay, but if you don’t have wisdom, your money will end up in someone else’s pocket.

If this is holding you back, I have two names I’m going to drop on you, Presidents Barrack Obama and George W. Bush. Think about it. I don’t like to get political on my blog but I think both men are good examples of why you should never count yourself out because you feel that you’re not qualified or don’t have the right credentials. After all the qualifications for the President Of The United States of America are as follows —The person must be a natural-born citizen of the United States and must have been a permanent resident of the United States of America for at least 14 years. Additionally, a candidate must not have been impeached by the Senate, and not have participated in a rebellion against the United States. Each candidate must be at least 35 years of age—.

That’s it; those are all the qualifications you need to become President of the U.S.A.

There is a condition known as imposter syndrome; many people in high-level jobs have it. They don’t feel that they are qualified for the job that they have. It doesn’t matter what level of education they have or how much experience they’ve got. They have convinced themselves that somehow they were just lucky to get their job or fooled someone into giving them the position they now have. They become nervous and start to think they are in over their head. People have passed up promotions because they didn’t think they were qualified. When I see someone with this problem, I just want to shake them vigorously and yell –“Snap Out Of It!”–. People rarely get very far ahead in life by faking it. Never attribute your success to luck. There is no such thing as luck; there is only cause and effect. Step back and take a look at your experiences and accomplishments. Don’t downplay the things you have done. It’s okay to be humble but be proud that you’re humble. No one has to know. You’re qualified for many things, never forget that. God be with you until we meet again.

getting ahead, life, motivation, self help, wrong beliefs