Autism and Vitamin D the Link No One Told You About

Researchers in Australia have found a link between vitamin D deficiencies in pregnant women and autism.

The study, published in the journal Molecular Psychiatry, found that pregnant women with low vitamin D levels when they were 20 weeks pregnant were more likely to have children who displayed autistic traits by the age of 6. Researchers examined about 4,200 blood samples from pregnant women and their children in the Netherlands for the study.

Vitamin D is important for normal growth and development of bones and teeth. Furthermore, it provides improved resistance against certain diseases. . It’s sometimes called the “sunshine vitamin” because it’s produced in your skin in response to sunlight.

Most people don’t get enough Vitamin D from sun exposure and people living in places with four seasons get even less of the sunshine vitamin during winter time. Thankfully, it’s also possible to get doses of the vitamin from some foods and vitamin supplements.

Autism and autism spectrum disorder (ASD) refer to a group of disorders of brain development. According to the autism awareness organization Autism Speaks, autism causes 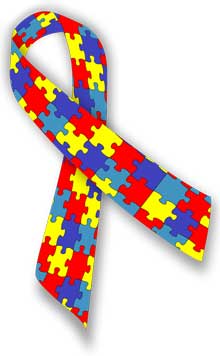 “difficulties in social interaction, verbal and nonverbal communication, and repetitive behaviors.” ASD may also be linked to “intellectual disability, difficulties in motor coordination and attention. Physical health issues such as sleep and gastrointestinal issues can also be symptoms” the organization says.

According to the Centers for Disease Control and Prevention, about one in 68 children has the disorder, and it’s 4.5 times more common in boys than girls.

According to data from the American Pregnancy Association, between 40 and 60 percent of the entire U.S. population is vitamin D deficient, and those numbers include pregnant women.

Although prenatal vitamins include vitamin D, Wider notes that most contain only about 400 IU of the vitamin, which may not be enough. “After this study and others like it, doctors will likely recommend supplementation,” she says.

Other research has shown that vitamin D plays an essential role in the development of the brain and nervous system. It “makes sense” that scarce vitamin D may be linked to neurodevelopmental disorders such as autism. In fact, earlier research by John McGrath, MD, Ph.D., who led this study, also found a link between low vitamin D levels in newborns and an increased risk of schizophrenia.

“Mushrooms are one of the few plant sources, but they don’t provide a lot,”

People usually get most of their vitamin D  through vitamin D-fortified foods, such as milk, she adds. 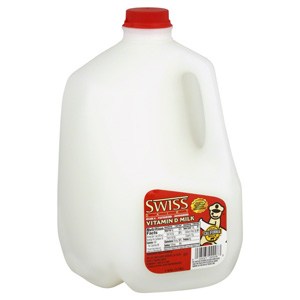 Doctors may start recommending stronger vitamin D supplements to pregnant women as a result of these findings. However, if you’re pregnant and concerned about how your vitamin D level may impact your baby, talk to your doctor.

Be careful out there.