What You Better Know About ID Proof For Domestic Flights

Starting January 22, 2018, passengers flying out of nine states may need a passport to get on any flight, domestic or international, per new TSA rules. It’s nice to know that air travel is going to get more complicated. This is a follow-up post for an earlier article  Federal Facilities no Longer Accepting Identification from 5 States
Currently, nine states

These states have around three months to roll out improvements to their state IDs and drivers licenses so that they can meet Uncle Sam’s new measures. Otherwise, you’ll have to apply for or reestablish a passport, visa, before you can get past TSA and get on that business or vacation plane to another U.S. city.

Other government IDs that will work are permanent resident cards (green cards) and military IDs. 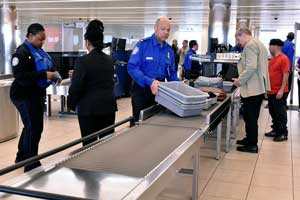 Will TSA Accept Your State’s ID?

To meet the federal government’s new standards and beat the January 22, 2018, deadline, some of the states are trying to straighten out their ID cards and driving licenses, so you don’t need a passport to board a passenger airplane. You can check how your state is doing here on the Transportation Security Administrations  (TSA) website.

Once again, if you’re flying out of one of the nine states listed above and they haven’t  made federally required changes before January 22, you may need a passport for domestic travel.  Until our air-travel ID requirements settle down, your best bet is to use a passport to fly anywhere; this applies to all domestic air travel.

The federal government is making it harder to get through the security check-in at airports. But the new move will make travel safer and is another example of life on earth in 2017.