Can Coffee Cups Influence Worship? Why Some Christians are Furious at Starbucks 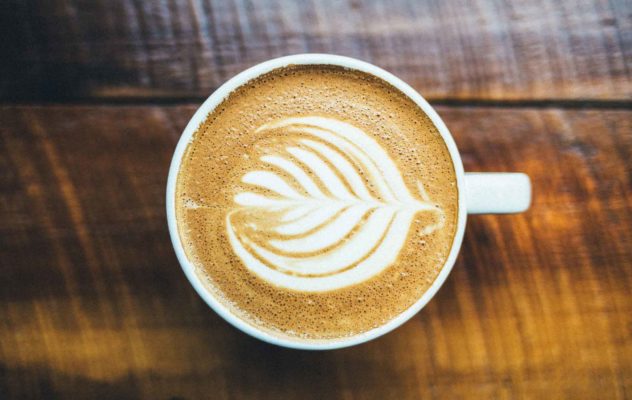 Okay, let’s make sure I get this right. Some Christians are mad because Starbucks  isn’t serving their coffee in special Christmas coffee cups. What??? Have they read their Bible lately or is in a corner somewhere gathering dust? How did they come up with this idea? Most of them must have heard this theory and jumped on the bandwagon. The argument goes like this.

Some Christians Are Extremely Unhappy About Starbucks’ New Holiday Cup 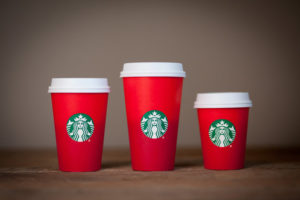 In previous years, Starbucks’ iconic holiday cups, which the chain uses in lieu of white cups in November and December, featured wintry or Christmas-themed designs like snowflakes, ornaments and nature scenes. This year, the cups are more minimalist — a red sombre design that Jeffrey Fields, Starbucks’ vice president of design, said was meant to embrace “the simplicity and the quietness” of the holiday season.

I wonder if the folks who don’t like the new cups think that it was snowing in Bethlehem when baby Jesus was born???

They just don’t get it. You can’t force other persons or companies to follow your idea of what you think is proper worship. Don’t they know that if they want to force others to worship God in a way that they think is the right way to worship God; there are countries where they can do that?  They need to move to Iran or Syria or somewhere like that.They may not know it but in America, you can’t force people to worship as you do.

People around the internet have been talking about this.

If you need a coffee chain to be your ambassador of Christ you need to re-examine your relationship w/God Merry Christmas Starbucks— Ron Burr (@arrpeebee) November 7, 2015. My sentiments exactly.

We’re kind of like the religious equivalent those Black Friday shoppers who trample other Black Friday shoppers in order to get a good deal on a flat screen TV. We are so incensed by any perceived omission of our personal faith from the public sphere that we go on a rampage. Except instead of other shoppers, we just trample things like inclusivity, diversity, tolerance, and pluralism instead.

What about this guy? Is he a good example of what it means to be a Christian? Listen to how he ends his video.

What’s with this tendency some so-called Christians have to try and force everyone else to worship God exactly as they do. Where did they learn that? Have they ever heard about free will? Do they know God gave us a free will?

There is also a religious movement in America that completely ignores the First Amendment of the Constitution; the first amendment states

Amendment I. Congress shall make no law respecting an establishment of religion, or prohibiting the free exercise thereof; or abridging the freedom of speech, or of the press; or the right of the people peaceably to assemble, and to petition the government for a redress of grievances.

I don’t think you have to be a lawyer to understand what James Madison was saying. Excuse me if I’m wrong about this, but it’s plain as day that Madison was making sure the constitution gave everyone religious freedom. A better way to say it is that first amendment guarantees us “freedom from religion”. It says everyone is free to worship God how they want; they’re also free not to worship at all. Although I wouldn’t recommend not praising our Creator, that’s a personal choice each of us must make on our own.

Genesis 4:7   Do what is right. Then you will be accepted. If you don’t do what is right, sin is waiting at your door to grab you. It longs to have you. But you must rule over it.”  NIrV 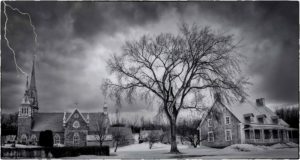 Just to show you how crazy things have become; have you heard about the woman in Kansas who was allegedly fired from her government job because she didn’t attend church.

Courtney Canfield, who was a business-filing specialist at the Secretary of State’s Office, alleges she was fired from her job in 2013 because she did not attend a prayer service.

The complaint, filed in federal court earlier this month, says Secretary of State Kris Kobach’s assistant invited Canfield to attend a service at the Secretary of State’s Office conducted by Dave DePue, a minister who serves as unofficial pastor of the Kansas Capitol.

Everyone out there needs to pray for America. We need to pray for President Obama and all the candidates running to get his job Hillary, Donald, Ben and all the rest. I have a feeling this religion combined with politics beast is only going to get worse. I don’t care if you’re a Democrat or a Republican pray for our leaders to make smart decisions. Oh, yea, don’t forget to vote when it’s your turn, always remember, God has a plan for this world, and the entire program will be completed in due time.

Daniel 2:21   He changes times and seasons. He sets up kings. He removes them from power. The wisdom of those who are wise comes from him. He gives knowledge to those who have understanding.  NIrV

What do you think about Christians getting angry with Starbucks over their new coffee cups?

I got a little deep with that, so I’m getting off my soapbox now.

Have a wonderful week, Happy holidays and God be with you until we meet again.

What I’m Thankful For

I won’t be here forever but lets not rush it.