How to Make Spaghetti Sauce From Scratch, The Complete Beginner’s Guide

This Wednesday I’m going to tell you a short story about how I learned to make a spaghetti sauce my whole family thinks is delicious; then I’ll give you an excellent, simple recipe—-how to make spaghetti sauce from scratch—-.

What are the kids going to eat tonight for dinner? When Nikki and I were first married, fixing something for dinner that all the kids enjoyed was a struggle, especially for me. She’s a better cook than me, so it wasn’t much of an issue for her. She had several meals in her repertoire that Day liked. My menu was much more limited. 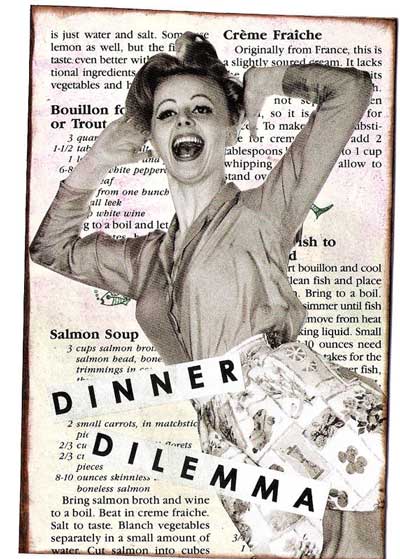 Before we were married, I was a single dad and had always cooked for my daughter Day.  She liked my cooking, and I would get a kick out preparing her dinner and watching her eat up my food. After merging our two families into one, I had two more kids whose taste buds I had to satisfy when I made dinner. K.J. was twelve years old, and Key was eight years old. Add seven-year-old Day, to the mix; and finding something for dinner that I could cook and they all would eat was tricky.

Fortunately, for me, Nikki does most of the cooking in this camp. But, I didn’t want to get rusty or forget how to cook the things that I knew how to cook, so we started a family tradition; I would cook dinner on Thursday nights. This arrangement works great for us. Nikki gets a day to relax after work, and I get to keep my cooking skills from a slowly disappearing. I like to cook and try new things but with the kids, I’m glad it’s only once a week. Thanks, Nikki.

In the beginning, preparing my weekly Thursday meal was a huge test. There were a few times when I  just wanted to throw my hands up and say forget it; but there was one thing that kept me going when I prepared dinner on Thursday nights, it was seeing how much my wife enjoyed having the night off, so I pressed on. 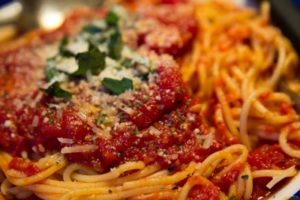 What’s for dinner? How about spaghetti, spaghetti is one of my favorite dishes to eat as well as to cook. What kid doesn’t like a big bowl of spaghetti? If I was going to cook, I might as well cook something I liked to eat, right? –Wrong, I quickly found out after my first try at fixing spaghetti that the boys didn’t like my version. This was a huge bummer. They took one bite of my spaghetti and told me they didn’t  like it. Later I found out that Nikki used Ragu sauce as the base for her spaghetti sauce. Day and I, however, preferred Prego.

A Tale of Two Sauces 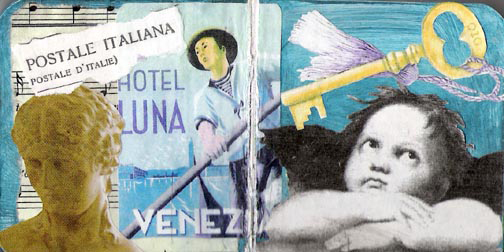 My wife always made two different batches of spaghetti when she cooked it. She would make one with Ragu and the other with Prego. Wow! What a Mom will do to satisfy her children. I didn’t know what to do about this conundrum. There was one thing I did know; I wasn’t going to make two different pots of the same dish. I found other things to cook besides spaghetti.

A few months went by. After a while I had a taste for my version of spaghetti, I started to thinking, Uh-oh watch out…  how can I make a spaghetti sauce the whole family will love? Suddenly, something a woman in a store told me long ago came back to me. She and her husband owned a neighborhood market where I shopped. Once, I was in their store, and she noticed I was buying a jar of Prego Spaghetti Sauce. She asked me about the flavor of the sauce; I replied, that I liked it and was just picking some up after work to cook tonight. Next, she told me that making spaghetti sauce from scratch was much better than anything you could buy in a jar or a can. This had happened years before Day was born, I never tried her suggestion, but I filed it away in the back of my mind.

How to Make Spaghetti Sauce From Scratch

Suddenly I had an epiphany! Homemade spaghetti sauce or sauce made from scratch as the old folks say, just might work in this situation. After much trial and error, I started using the following recipe. It’s easy to make, and the family loves it. Finally, spaghetti sauce the whole family loves

This pasta sauce is very easy to make and doesn’t have a lot of ingredients so you can make it fast. The sauce is a testament to the fact that a dish doesn’t have to be complicated to be yummy!

This is a basic pasta sauce; it is mild and very flavorful. I like to add 1 pound of 85% ground beef or ground sirloin, but you can doctor it up any way you like. You could put in grated carrots, zucchini, mushrooms or any vegetable you and –your family– likes. Sometimes I’ll make it with meatballs or Hillshire Farms Lit’l  Beef Smokies. This sauce is very versatile. 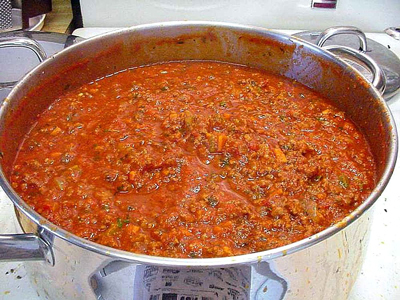 In a large skillet over medium heat, sauté bell peppers, onion and garlic in the olive oil until translucent or about 5 minutes. Add ground beef and cook until the ground beef is done and no longer pink, don’t over cook it. Put the ground beef mixture into a steel or aluminum stock pot. Add tomato sauce, Lawry’s Spaghetti seasoning, oregano, salt and pepper and a little water. You can always add more water as it cooks. Simmer sauce over low heat for at least 1 hour. I add the cheese sauce after the sauce has cooked for about 1/2 hour. Keep in mind that the longer and slower that the sauce simmers the better it tastes.

That’s the recipe that I use. Give it a try and let me know how you liked it. Enjoy your week. God be with you until we meet again.