Hoverboard Fires, How to prevent Burning Down Your House

Taking my daughter Day to school the other morning, she began to tell me about this year’s hot new toy for Christmas. Hoverboards. I remember reading something about hoverboards catching on fire, talk about crash and burn. But she wasn’t interested in talking hoverboard fires. In fact, Day caught me off guard when she explained that the fires were probably caused by cheap knock-offs. While researching hoverboard explosions, I found out she was right.

Hoverboards are a favorite toy this year, but I had no idea what they were. I thought they were a board similar to a skateboard that could hover through the air, like in the movie Back to the Future. 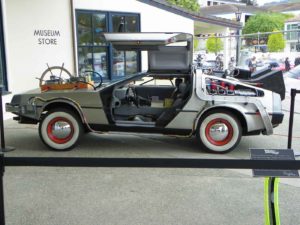 As we talked, I quickly found out that they don’t really Hover at all. The closest thing I can compare them with is a Segway Scooter. A Segway scooter is pictured below. 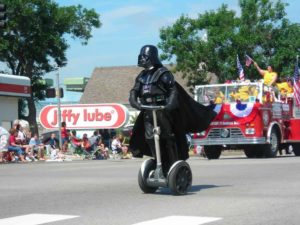 With all the hoopla about the new Star Wars movie, I’m sure you’ll appreciate the fact that none other than Darth Vader is driving it. How’s that for Back to the Future. Look below and you’ll see what an actual hoverboard looks like. At least, that’s what one looks like for now. Who knows what a hoverboard will look like two years from now or fifteen years from now. A hoverboard is a self-balancing, two-wheeled scooter. Click here for a more detailed explanation. 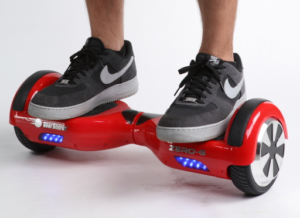 Day was right about some of the fires being caused by cheap knock-offs. Another case of you get what you pay for. A hoverboard caught on fire while charging and burned down a family’s house in Louisiana. The most important part of a hoverboard is the battery. Good batteries cost, so one of the easiest ways to cut the manufacturing cost of a hoverboard is to use a cheaper battery. Cheap batteries are prone to catch on fire. Amazon banned some hoverboards from its marketplace, and the airlines have banned them from airplanes because of the fire hazard they present..

Just wanted to warn you about the dangers of purchasing a hoverboard for your kids this Christmas. If you must have one, make sure you buy one from a reputable manufacturer and make sure to read the article at the link below.

Have a Merry Christmas and Happy Holidays to all. See you soon.