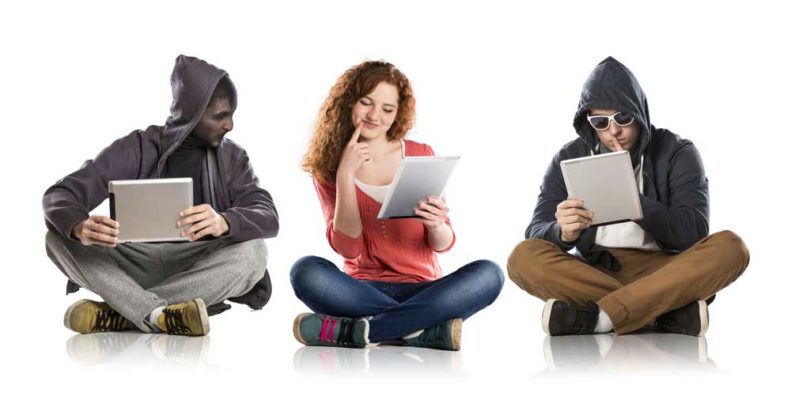 It used to take hard work to become famous. That was before the arrival of Youtube and social media. Now apps like Snapchat, Whisper, and Kik Messenger make it possible for kids to have all sorts of things going on without their parent’s knowledge. What do these apps do?

These are Social media apps that let teens do it all — text, chat, meet people, and share their pics and videos —  they often fly under parents’ radars.

Source: Parenting, Media, and Everything in Between

Social media wasn’t around 100 years ago when I was a kid; thankfully there’s no permanent record of the crazy, stupid things I did when I was a teenager. Andy Warhol once famously said, “In the future, everyone will be world-famous for 15 minutes.” —-Hello—- That day has now arrived. 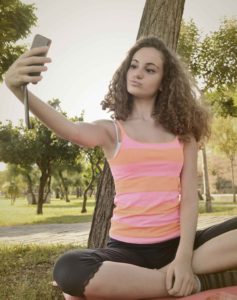 When I was in the Marines during the early eighties,  I attended a focus group. We discussed a lot of things, but I’ll never forget this “old guy,” a Master Sergeant in his mid-thirties. He was blaming all the crime and the general social breakdown of America on television.

I wonder what he’s thinking now-a-days. The internet makes 80’s T.V. look like a G rated movie. In today’s world, just about anyone can create their very own reality show in a matter of minutes with YouTube and a smartphone.

As if I didn’t already have enough things to watch out for In this world where truth truly is stranger than fiction; I find out that some teenage girls are carelessly competing on social media sites to see who can be the most popular. They are in a contest that has no winners, trying to see who can get the most for likes, followers or hearts. 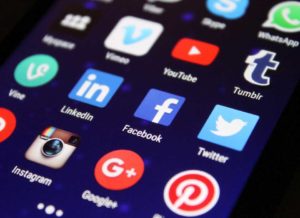 This article says it all, Instafamous: How teenage girls are using sex, Selfies and Social Media to Sell Themselves Online. It’s an excellent article that examines the relatively new but rapidly growing phenomenon of girls trying to get famous on sites like Instagram or trying to get instafamous—-famous only on Instagram.

The desire to be popular has always been there for teens, just ask anyone who was ever a teenager. But in 2016, the internet has changed the game. It’s made it possible for teens to have thousands, even hundreds of thousands of followers on social media accounts. And what’s the easiest way to accumulate a lot of likes???

Sex sells whether you’re thirteen or thirty, and least once a week some celebrity or person of dubious fame, (think Kim Kardashian) is posting butt naked pictures of themselves online. Kids see the pictures and believe that it’s okay to post stuff like that online. That’s one reason you have to stay actively involved with what’s going on in their lives. It’s your job to be a counter-weight to the world and let them know there is nothing cute or cool about posting pictures of yourself in your underwear online. 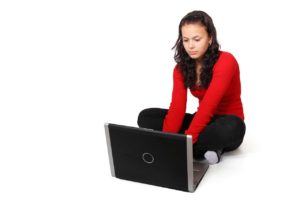 Parents of Teens and Social Media

As the father of a teenage age girl myself; I’m extremely concerned about what’s happening on these social media sites. A while back I was chatting with my daughter, and she told me that Facebook was for “old people” and that today’s teens rarely used Facebook. Our conversation that day reminded me that if I want to stay on top of things, it will take constant, continuous communication with my kids. You have to be fearless and ask tough questions like

Personal experience has taught me that the best defense is a vigorous offense in most cases. When it comes to my kids, I like the words of Muhammad Ali  “I would kill a rock.” A dad’s best way to protect his daughter is to make sure she’s educated as early as possible about the dangers of posting personal stuff and inappropriate pictures online. You have to talk to her early and often. 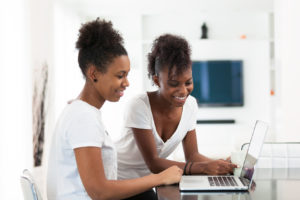 It’s also important that you put other positive, influential people in her life. My wife plays a big role there, but I’m talking about outside of the immediate family circle. I’ve noticed that kids will sometimes listen to the same thing I’ve told them a thousand times; better if someone else says it to them. Which leads me to my next point.

6 Train up a child in the way he should go: and when he is old, he will not depart from it.

For myself and my family, the second line of defense is our church. It’s not that God isn’t first in our lives. It’s just a fact that if your kids see you putting God first, they are more likely to do the same, so it begins with you. Don’t get me wrong; the folks in church are not perfect, and neither am I, but I’ve found that the teachers, friends, and associations my daughter has in the church have given her a firm foundation to base her decisions on. 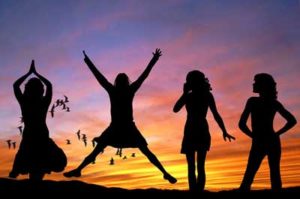 Our church surrounds her with people young and old; folks in their twenties, thirties and older. The more people you can put in her life who have her best interest in mind, the better. It makes a difference when she hears some of the same things I tell her from someone else besides mom and me. So far, so good… I’ve been blessed with kids who pay attention to mom and me, Hallelujah!!!

Do you want to learn more about social media’s effect on our daughter’s, granddaughter’s and other young women and girls in our lives? Make sure to read Nancy Jo Sales’ new book American Girls: Social Media and the Secret Lives of Teen­agers,

“I spent the past 2½ years researching my new book American Girls: Social Media and the Secret Lives of Teen­agers, visiting 10 states and talking to more than 200 girls. It was talking to girls themselves that brought me to the subject of social media and what sexualization is doing to their psyches. How is it affecting their sense of self-worth? The tweens and teens I spoke to were often very troubled by the ways the culture of social media was exerting influence on their self-images and their relationships, with both friends and potential dating partners. They were often highly aware of the adverse effects of the sexualization on girls—but not always sure what to do about it.”

Have a great week. God be with you until we meet again.

Doing This Reduces the Chances of Teen Suicide

Who is my second cousin Once Removed, Anyway?